Can You Be Referred to as a Doctor If You Earn a DNP?

Home / Nursing Articles / Can You Be Referred to as a Doctor If You Earn a DNP? 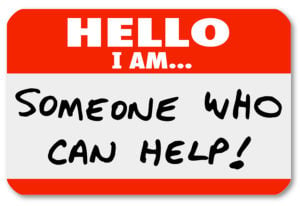 Nurses who earn a DNP have met a significant milestone in their careers. A doctorate is one of the highest degrees a nurse can earn and entitles them to be referred to as "doctor." The title of "doctor" (also earned through a Ph.D.), is an acknowledgment of the tremendous hard work and perseverance he or she experienced through the rigorous education requirements of a DNP or Ph.D. program.

The Scope of The Term "Doctor"

Several roles allow for the title of "doctor," including those who have earned a Ph.D., lawyers, veterinarians, pharmacists, and DNP-prepared nurses. The answer to the question of if a DNP-prepared nurse can be referred to as doctor is yes - however, there are different schools of thought on the matter, and restrictions of when and where the nurse may be referred to as a doctor.

Those who support using the title of "doctor" for DNP or Ph.D. nurses have a few reasons why it should be allowed. First, it's a recognition of the level of expertise and clinical skills of a nurse. It represents that the nurse has achieved the highest degrees possible in nursing and should be considered an expert in his or her field. Second, it also can help build trust between the nurse and patient as the patient can be reassured of the nurse's competency. This is especially true for nurse practitioners who practice similarly to physicians. Additionally, if other professionals can refer to themselves as "doctor," why shouldn't someone who earned a Doctor of Nursing Practice?

Should Nurses with Doctorate Degrees Be Referred to as Doctors In a Clinical Setting?

There are, however, those who think nurses should not use the term "doctor." One of the main reasons is to prevent confusion with patients. Many patients do not know what a Doctorate of Nursing is, and what that entails with their practice. Most patients, when meeting someone with the title "doctor," assume the person is an MD. Therefore, a nurse practitioner entering an exam room and introducing herself or himself as "Doctor" can be translated to "MD" from a patient's standpoint. This role confusion can end up creating many problems for an organization or facility - sometimes even with legal ramifications.

There are some who feel that when DNP nurses use the term "doctor," it poses a threat to MD practice. Some feel that "nurses shouldn't pretend to be doctors." Although this is not the DNP nurse's intent, it can be misconstrued negatively.

So, the short answer is yes - a DNP nurse may be referred to as "doctor," however, some states have legislation surrounding this. For example, Arizona and Delaware forbid nurses, pharmacists, and other professionals from using the "doctor" title, unless they immediately clarify their role. For example, a nurse practitioner with a DNP must inform patients that he or she is a doctoral-prepared nurse practitioner. Certain facilities or organizations may also have restrictions on using the title of "doctor."

Other regulations allow the term "doctor" to be used in academic or social settings, but not in clinical settings. However, patient education goes a long way - identifying oneself and clarifying roles upon initial greeting, and providing ongoing reinforcement of roles throughout a patient care encounter is essential to prevent role confusion and misrepresentation of title.

RELATED: Salary Difference Between a DNP and PhD in Nursing

Whether one agrees with restricting or allowing DNP nurses to refer to themselves as "doctors," it's important to remember the focus should be on the patients they serve. It is not in the best interest of patients for doctors and nurses to be arguing over a title. Open communication is key.