How Many Times Can You Take the NCLEX-RN Exam?

Home / Nursing Articles / How Many Times Can You Take the NCLEX-RN Exam? 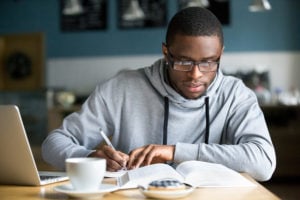 In addition to attending and successfully completing recognized nursing schools, nurses must pass the National Council Licensure Examination-Registered Nurse (NCLEX-RN) exam in order to work as a practicing Registered Nurse. The standard exam is developed by the National Council of State Boards of Nursing (NCSBN), a non-profit entity made up of regulatory bodies from all 50 U.S. states. The NCLEX-RN is administered by Pearson VUE, a secure and globally recognized testing company.

What Is the Pass / Fail Rate of the NCLEX-RN Exam?

The NCLEX-RN exam is challenging even for graduates of top-performing schools. For this reason, many students opt to complete test preparation courses and workbooks to familiarize themselves with exam content as well as formatting structure.

In 2018, the most recent year statistics are available, approximately 12% failed the exam the first time; 88.29% passed. Test takers receive an official pass / fail results from their nursing regulatory body approximately 6 weeks after they have completed the exam. (Some jurisdictions permit the release of non-official results sooner, within 2 weeks.)

What Happens If You Do Not Pass the NCLEX-RN Exam the First Time?

Though the vast majority of candidates pass the exam the first time, those who fail are permitted to retake it after 45 days from their original test date. Candidates may retest as many as 8 times in a year. Candidates must pass NCLEX within three years from when they graduated nursing school. Please note that some states put additional limitations on how many times candidates can re-take the test.

See our 10 tips for preparing for the NCLEX-RN.

Which States/Jurisdictions Limit the Number of Times You Can Re-Take the Exam?

When retaking the exam, candidates must adhere to the regulations set forth in their state when those regulations are more restrictive than the ones set forth by the NCSBN.

Because such requirements are subject to change, candidates are encouraged to contact the Nursing Regulatory Body (NRB) in their state for their policies on NCLEX exam retakes. This listing of states that have their own restrictions on test retaking is not all-encompassing. Moreover, candidates will have to pay additional fees associated with retaking the test.

How Can You Increase Your Chances of Passing the Exam When Retesting?

Candidates who did not pass the exam will receive an individualized NCLEX Candidate Performance Report (CPR), which reviews how they performed on each area of the exam. It is suggested candidates review their CPR so they know which areas they need to study more for in order to pass the exam when retesting. NCLEX-RN practice tests can be very helpful as well.