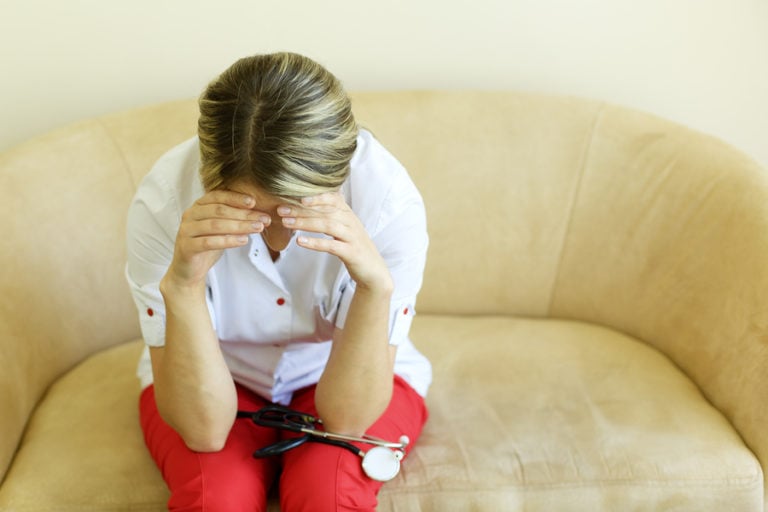 Media reports of suicide rates for first-responders such as firefighters, military personnel, police even physicians sheds light upon the harsh reality that these professions face and where some have challenges coping. As the tragic spotlight focuses on these targeted groups, nurses are also choosing to end their lives at an alarming rate, though it seems to go undetected. Why is there a shroud of silence on reporting nurse suicide rates?

The non-stop and intense field of nursing is a breeding ground for mental distress. The high-pressure nursing environment has increased tremendously in the past decade as nurses are asked to do more with less, faster, and better than everyone else. Infection rates, patient falls, and hospital-acquired pressure sores are just afew of the data points now available to any Google University graduate. The rate for nurses is skyrocketing as, in some regions of the U.S., nearly 30% of new graduates leave the profession within 2 years. Nurses are frequently exposed to suffering and death, unreasonably demanding patients and families, and must also deal with ethical issues that cause moral distress.

After significant or traumatic events involving patients and staff, debriefing rarely occurs to allow nurses to deconstruct their emotions or simply talk through the incident in order to heal in a healthy manner. Since the implementation of the Electronic Health Record (EHR), nurses report that they spend more time documenting than caring for patients, which leads to feelings of guilt and inadequacy for not providing the individualized care the nurse wishes to give. Even worse is fatigue, where nurses are apathetic to the pain and suffering of their patients due to the constant psychological challenges they face each shift.

A study of suicides by profession in England last year reported that suicide among female nurses is 24% higher than the average national female; and with 18-41% of nurses reporting depressive symptoms, it is baffling to believe there is not more data/studies addressing this possible epidemic. Nursing has historically been a culture of isolation and silence, which to a perpetual cycle of shrouding the emotional pain and turmoil. Nurses hold themselves to a higher standard and often stigmatize mental disorders such as depression, which can prevent them from seeking help.

The main challenge with collecting suicide rates for nurses is the lack of standardized reporting across the counties of each state, as many death certificates do not include a field for occupation on the report. The CDC maintains a restricted database for violent deaths, but to date, only 40 states are included in the database. Apart from the national reporting methodology, even colleagues of nurses who commit suicide are hesitant to speak about the tragedies, further perpetuating the shameful hue of depression and hopelessness. There is no protocol, policy or procedure for nurses to follow when one of their own takes their life.

In a recent study to identify the prevalence of nurse suicides, researchers identified that when nurses are offered a multi-pronged approach to self-reporting depression, anxiety and hopelessness, improvements can be made. Originally a program for physicians and residents, nurses who participated in the formal interactive screening became engaged in improving their own mental health. Apart from organizational support, nurses can seek individualized psycho-therapy and can attend courses on building resilience in order to develop a healthy sense of self and improve their coping mechanisms.

There is much to be done to unveil the shrouds of silence around nurse suicides, according to the American Foundation for Suicide Prevention. Nursing leaders can strive to recognize the nurse as an individual, present a caring attitude about personal issues the nurse is dealing with, and offer structured debriefing for nurses after impactful patient encounters. Most importantly, nurses must speak out to tell not only the stories of those who were lost but also their own stories of struggle with depression or thoughts of suicide. Through these stories, we can bring the shame of mental distress into the light of truth and begin the healing process.