Home / Nursing Articles / Sexual Harassment in Nursing: How Far is Too Far?

Sexual Harassment in Nursing: How Far is Too Far? 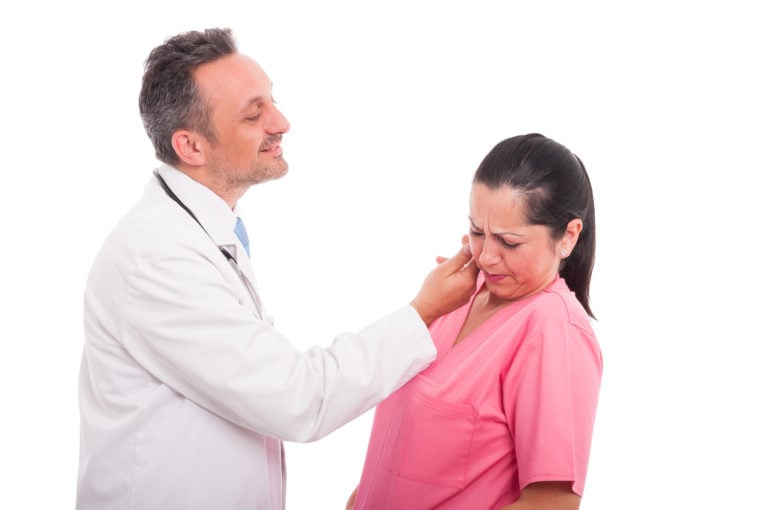 The recent media focus on sexual harassment cases involving high-profile personalities in numerous professions has many people questioning their own behavior in the workplace. The comradery of the nursing and medical profession can lend itself to conversations that can easily be misunderstood and, many times, unlawful. So how far is too far?

Both the federal and state governments have clearly defined the prohibited behaviors of sexual harassment. Unwanted sexual advances, visual conduct, verbal conduct and physical conduct of a sexual nature is prohibited in a work environment. Harassment does not only present as a manager offering benefits in exchange for favors, or a superior retaliating against an employee who has refused sexual advances. Sexual harassment is defined several ways:

Harassment can be seen in many areas of nursing and healthcare. The case of the surgeon humiliating a scrub nurse in the operating room by squirting saline across her breasts while everyone laughs. A nurse using his or her body to "trap" a co-worker at the medication station. A technician describing in detail the sexual escapade they had the night before in a group of colleagues. The engineer who wraps his arm around a manager and suggests that if she were "nicer" to him, her departments would get new equipment. The half-naked picture of male strippers emailed to a friend at work.

RELATED: Lateral Violence: The Ugly Side of Caring of Nursing

Often times sexual harassment can be subtle and innocent, such as the email described above. But the fact is that, although the intent was naively meant as a joke, harassment is in the eye of the receiver, according to the law. A culture of sexual harassment is all too common in the world of healthcare. Even when concerns are raised by newcomers, the answer of "Oh that's just how we joke here" or "Joe doesn't mean anything by it, that's just Joe" is dismissive to the unlawful behaviors that are embedded into the department. Leaders, as well as the perpetrators themselves, can be held liable when there is a cavalier attitude regarding harassing behaviors in the workplace.

Nursing leaders have an obligation to provide a harassment-free work environment and it is the responsibility of the leadership team to stop harassing behaviors. A longstanding culture of sexual innuendos, jokes, pictures, and gestures can be discouraged and eliminated by the leaders who are trained to spot and stop these behaviors. Organizations with over 50 employees are required to provide sexual harassment training to hiring supervisors or managers every 2 years. The Human Resources (HR) department at most facilities will typically provide the training, and also act as a consultant if there is a sexual harassment complaint.

There are actions nurses can take when faced with the inappropriate behaviors of harassment. With patients, the nurse can change assignments, set clear boundaries and inform the patient that the comments or touches are unwanted. This can be very challenging if the patient is mentally ill, in which case a social worker or behaviorist may need to be involved. For harassment at the hands of colleagues, physicians, or superiors, the nurse should be direct with the perpetrators to let them know that the behavior is making him/her uncomfortable, is unwanted, and needs to stop. This confrontation can be very stressful for the nurse, but ideally stops the unacceptable behaviors. Nurses should report the harassment to their supervisors, HR or Compliance. Most organizations are required to establish a Compliance Hotline to report concerns such as sexual harassment.

RELATED: How Nurses Can Avoid the Most Common Ethics Violations

When a nurse or any staff member issues a sexual harassment complaint against another employee, the organization must act quickly to ensure the victim feels heard, protected and knows that steps will be taken to provide a thorough investigation. It is not unusual for the perpetrator to be removed from the department temporarily if the allegations are significant. Local authorities may also need to be notified, depending on the severity of the situation. HR must be consulted in a timely manner and executive leadership should be notified of the complaint and investigation timeline. Many organizations choose to have a third-party investigator oversee everything. This reduces any conflict of interest regarding the relationships between the leadership team and the staff. If the nurse or staff is represented by a collective bargaining unit (a union), the victim or perpetrator may choose to have a union representative notified and present during the investigatory meetings.

Nurses who have been sexually harassed report feeling extreme stress while working in a hostile environment. Depression, lack of sleep, and job turnover have also been reported. However, reports of sexual harassment are decreasing. Understanding the components and what constitutes sexual harassment may contribute to decreasing the occurrences of the inappropriate behavior. A 1994 study reported that, of those included in the study, 66% of the nurses reported being harassed by patients, physicians and male nurses. In a recent report from Medscape, that number has decreased to 11% of nurses, nurse practitioners, and physician assistants. The landscape has changed, however, and gender-based harassment of the same sex is not uncommon. What used to be known as the "good ol' boys club" is coming to an end. Awareness, cultural transformations to encourage a speak-up environment, leadership training, and an overall intolerance for sexually inappropriate behaviors are creating respectful workplaces. Nurses can help one another by setting an example of appropriate behaviors and calling out those behaviors that have gone too far and could be perceived as sexual harassment.