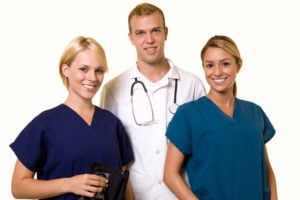 For many years now, the new graduate registered nurse has a difficult time finding a job.

The 2008 recession hit the healthcare sector hard and finding a job as a new nurse graduate, or Resident Nurse, was very difficult, and still remains so in some areas. Hospitals and healthcare facilities made drastic cut-backs to Resident Nurse positions versus previous years leaving new graduates unemployed or underemployed.

However, things may be starting to turn around.

Some reasons include nursing schools initiating a drastic response to the nursing shortage overproducing nursing graduates and the tough economy causing older nurses to postpone retirement.

Another reason for this could be the high cost of hiring, orienting, and training new nurses into a Resident Nursing program.

The average labor costs for a nursing resident in 2011 was $95,595.00 (http://nursing.advanceweb.com/Features/Articles/Cost-of-Hiring-New-Nurses.aspx ). This figure includes pre-employment costs, 1 week of orientation, 1 month of didactic classroom training, the 5 months of training with a preceptor, so 6 months of employment. Part of the high cost is the intensive training programs that require hospitals to pay both the nursing resident as well as the experienced nurse preceptor for the same role at the bedside.

When the recession hit some hospitals responded by freezing the Resident Nurse programs for new graduates and the effects of this crisis have lasted for many, many years.

Some healthcare facilities never scaled back to the extent to which hospitals did. Long-term care and home health agencies, which traditionally do not have such a costly and long training program, may still be the best bet for new graduates in some areas.

Why Things Will Get Better

The long-term prospects of hiring nurse residents are good. Hospitals need new graduate nurses and are generally motivated to spend money to train them because the long-term projection of retaining a nurse is better financially than having nursing turnover or to hire contract nurses. To ensure this, some hospitals may require a year or two contract upon hire.

Hospitals and other healthcare facilities realize the demand for nurses will increase over the next decade.

Steady reasons for growth in nursing jobs include the fact that Americans are growing older and gaining new medical coverage which creates a demand for nurses, as well as nursing turnover. See an overview of the many RN careers and specialties.

The Baby Boomer generation is growing older and with the aging process, many will require medical care. The Baby Boomers age into Medicare providing medical coverage to those who may not have previously had coverage.

According to USA Today, two to three million patients age into the Medicare system each year (http://www.usatoday.com/story/money/business/2014/05/07/ozy-nursing-shortage/8807937/ ).

Because of this increase in Medicare patients, the HRSA projects increased demand for 584,000 RNs by 2025. (http://www.staffingindustry.com/eng/Research-Publications/Publications/Healthcare-Staffing-Report/Jan.-8-2015/No-more-nurse-shortage-Surplus-projected-for-2025 ).

Obamacare has increased the amount of Americans of any age who have health insurance which increases the amount of Americans who will seek medical care. The HRSA predicts an increased need for 28,000 RNs due to Obamacare by 2025 (http://www.staffingindustry.com/eng/Research-Publications/Publications/Healthcare-Staffing-Report/Jan.-8-2015/No-more-nurse-shortage-Surplus-projected-for-2025 ).

A 2015 statement from Hospital Corporations of America, or HCA, which operates 168 hospitals and 114 surgical centers across America states, "We actually have 750 additional nurses in the HCA pipeline right now that are related to graduate nursing programs and they are going through orientation," HCA president of operations Samuel Hazen said. "That is a very significant increase over last year when we had about 2,400 at this time. So we are up to almost 3,100 from 2,400." (http://www.forbes.com/sites/brucejapsen/2015/10/31/as-obamacare-demands-more-nurses-hospital-labor-costs-soar/ ).

As the demand for nurses continues to grow so will the job prospects for new graduate nurses.

In a 2014 survey from Johns Hopkins University, "78% of respondents to the annual survey conducted by the School of Nursing reported they had received and accepted an offer of nursing employment within three months of implementing their job searches, with most indicating they had secured employment before graduation. The nationwide employment rate for 2013 BSN graduates, determined through an American Academy of Colleges of Nursing survey of all nursing schools, was 59% at graduation compared to a 29.3% national average for all professions, according to the release." (http://nursing.jhu.edu/news-events/news/archives/news/gradsurvey14)

Nurse turnover has and will always create a demand for nurses. The primary causes are older nurses retiring and experienced nurses changing roles by advancing education or accepting new roles in other areas.

Even though older nurses may be postponing retirement eventually this will end and the nurses will retire creating new jobs for new graduate nurses.

The current trend for nursing is advanced education, so the new graduate with a Bachelor's degree or higher is more likely to find a job than one who holds an Associate's degree.

"Based on completed responses from 515 schools of nursing, 43.7% of hospitals and other healthcare settings are requiring new hires to have a bachelor's degree in nursing (up 4.6 percentage points since 2012), while 78.6% of employers are expressing a strong preference for BSN program graduates." (http://www.aacn.nche.edu/leading_initiatives_news/news/2013/employment13 )

But, despite the ups and downs of nursing job prospects, the fact remains that the job outlook for registered nurses is expected to increase by 16% in 2014-2024 versus 7% for all other occupations (http://www.bls.gov/ooh/healthcare/registered-nurses.htm ). According to this study, a career in nursing is still a better bet than any other occupation.

Nursing has and always will be a job that is in-demand now and will become even more so in the future. Recent reports show how new nurse graduate jobs are recovering since the 2008 recession. Nurses are the scaffolding of the healthcare industry and will always have a place in the field.

Does a Student Nurse Need to be Supervised at all Times?

Each facility should have a process for overseeing students and probationary employees which typically includes a checklist of skills. Once the preceptor, or person assigned to orient and train the student, has deemed the student capable of managing skills on their own, the preceptor can act as a resource to the student and no longer needs to oversee each task.

If the preceptor determines that the student is not able to manage the tasks on their own after appropriate instruction over time, the preceptor should consult with the charge nurse or manager so feedback can be provided to the school of the student’s failure to perform at the expected standard level.

Students should refer to their school’s policy or the policies of the institution for further clarification.