My name is Theresa McDonald. I am a Registered Nurse and I am a breast cancer survivor. If by sharing my story, I can help someone who is facing this diagnosis, I’m happy to do so. I’ve had so many women who were there for me during my journey. So many women who had gone through the ups and downs of this awful diagnosis and stood by my side. Here is my chance to pay it forward. 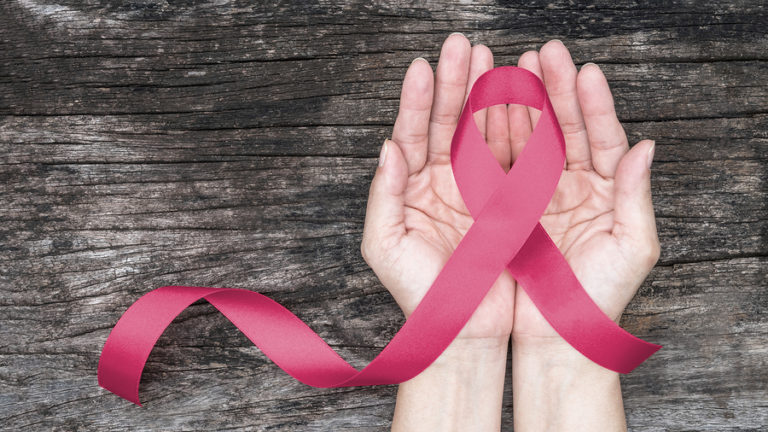 The Journey to Diagnosis

In 2016 January, I had a routine GYN annual exam. My doctor, as always, asked if I had a mammogram, which I had not for quite a while – life just gets in the way. When I look back, it had been at least 7 years or more since my last mammogram – I was that nurse. The excuses were that I had absolutely no family history of breast cancer so why expose myself to unneeded radiation, it hurt, no time, etc.

RELATED: How to Become an Oncology Nurse

When I was checking out of the appointment, I had a moment (I refer to it as a God intervention moment) and stopped and asked the medical assistant who was checking me out if they could schedule a mammogram for me. Sure thing, quick and easy, done.

I had the mammogram a couple of weeks later and I didn't even think about it until I got a call from our mammogram coordinator asking if I could get my previous images for comparison.

She called me back a couple of days later for a follow up on calcification and another spot on the imaging. I wasn't actually worried about the calcification as I had had follow-up before for this and it was nothing. I was told it was my left breast and I asked, "Are you sure because I previously had calcification on the right side?" They were certain.

I was at work, in a meeting when that call came in. I left the meeting and marched over to the cancer center to talk to the nurse navigator. These nurses are awesome. They immediately set me up with a surgeon, medical oncologist and radiation oncologist. I had all three appointments in a matter of minutes. My head was spinning. I called my husband and told my manager, but it was all so surreal. My manager told me to go home and be with my husband, who was as overwhelmed as I was. We were both still processing this news and yet needed to find a way to tell our adult daughters.

In my mind, I knew my diagnosis wasn't necessarily a death sentence. I knew the progress research has made with the treatment of breast cancer. But in my heart, I was scared.

A parade of appointments and tests followed, and surgery was scheduled – lumpectomy with IORT. The pathology showed a 1.5 cm grade 3, ER +, HER2 + stage 1A tumor that would require chemotherapy and Herceptin infusion treatments. Eventually, the lymph node pathology came back with "scattered dead cancer cells" which meant a stage 1 diagnosis but required 16 rounds of radiation after the chemotherapy regimen.

Other than 2 weeks off for surgery, I worked every day during treatment, except for one day where I just felt lousy. Lucky for me, my role as a Clinical Analyst for the electronic health record allowed me to work remotely when I was getting infused with chemo every 3rd Friday and again every Monday following the Friday chemo infusions. I had (and still have) a great support system.

I am now almost 4 years post that craziness. I have graduated to annual mammograms and am followed closely by my surgeon and oncologists. I continue to take Letrozole to suppress the hormones that drove the cancer, and I'm hoping to only have to take that for 5 years. I have scars but consider them well-earned. I tried to stay positive during all of that craziness, but it was an extremely hard journey for me and my family. I'm happy to be on the other side of my cancer diagnosis but will always hold my breath with every mammogram, praying it's still "normal" for me.