Where Have All the RNs Gone?

Home / Nursing Articles / Where Have All the RNs Gone? 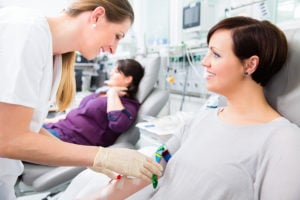 The Medscape 2019 compensation report for nurses (based on 2018 data points) provides a plethora of interesting information related to the overall profession of both registered nurses (RNs) and licensed practical/vocational nurses (LPNs/LVNs). There are charts related to hours worked, salaried vs. hourly jobs, and which roles are making the most money. Of interest, however, is that the number of RNs outside of the hospital setting is slowly decreasing. LPNs are now either equal to or significantly surpassing the numbers of RNs in the outpatient arena.

The employment trend for more than half of full-time RNs remains in a hospital or inpatient setting. In spite of recent data that shows healthcare is moving out of the acute care setting and into the outpatient arena, RNs do not seem to be following. For example, procedures such as carpal tunnel release were once performed in the main OR with a surgical team, including one or two perioperative nurses, are now being done in an outpatient surgical suite with a tourniquet, a localized anesthetic block, and a medical assistant (MA) to help. In fact, most ambulatory medical offices outside of large organizations such as Kaiser Permanente do not have RNs in the clinics; the staff is comprised of licensed clinicians, LPNs and medical assistants to provide education, perform and assist with procedures and generally run the office.

Are Cost-Saving Measures to Blame?

Why are RNs being replaced by staff who are less skilled and have either no or limited scope of practice? "It often comes down to cost," states Catherine Burger, BSN, MSOL, RN, NEA-BC. "When salaries of RNs in Northern California are close to $80 per hour, an LVN is $40 per hour and an MA is $25 per hour, executives will review the needs of the role we are hiring for and consider a more narrowed-scope employee when appropriate. Additionally, I have had RNs in an outpatient setting refuse to learn new skills to help evolve a department that was expanding. If RNs are not making themselves valuable in the outpatient setting, there is a line out the door of other disciplines who want the job!"

However, RNs in the hospital setting frequently seek employment or opportunities outside of the inpatient world. In a June 2011 article in Australian Nursing Journal, author Cathy Beadnell discusses the movement of nurses out of the inpatient or hospital setting and into non-traditional roles and even general practice settings, even when faced with lower wages. In some studies, more than one-third of nurses surveyed considered leaving the hospital setting, which only perpetuates the underlying problems of understaffing and challenging patient workloads. In spite of fewer RN roles outside of the hospital setting, there are still many non-traditional roles for RNs to consider, including:

When seeking a role beyond the acute-care environment, registered nurses also heavily weigh job characteristics such as pay, having a voice in management, tuition reimbursement, scheduling, patient care teams, leadership, location, and nursing-sensitive patient care outcomes. Surprisingly, earnings were not at the top of the list in a 2018 study. Nurses placed a significantly higher value on working with a cohesive team and in an environment where nurses had a voice at the leadership level rather than on earning higher wages.

No matter the setting, registered nurses bring a unique skill set to every work environment. As technology changes how medicine is delivered, registered nurses must find ways to innovate and sometimes reinvent themselves to remain the most valuable commodity on the healthcare team throughout the continuum of medicine.