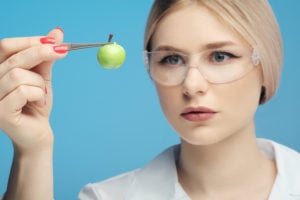 The widespread use of pesticides across the globe has been a controversial topic for many decades. Pesticides such as insecticides, herbicides, fumigants, and fungicides are used to protect crops and other plants from infections, weeds, and insects. Typically, direct exposure is related to an occupational setting where pesticides are being deployed. Indirect exposure, usually at much lower levels of concentration, occurs mainly through one's diet via drinking water or residuals on food. It has long been established that exposure to high levels of pesticides causes increased risk of cancer, diabetes, genetic disorders, and neurotoxicity. However, recent studies suggest that moderate levels of pesticide exposure to both the developing brain and aging brain are causing significant changes to the nervous system.

Research suggests that infants born to a mother who had occupational exposure to pesticides are cognitively 2 years behind in motor and spatial development compared to children who were not exposed. Other studies imply that even proximity to agricultural fields during pregnancy is correlated to autism in young children. Kids who are exposed to pesticides are at greater risk of illness, as they absorb more toxins per kilo than adults. In the United States, the CDC has estimated that the prevalence of autism and developmental disabilities has risen a staggering 123% in just under 8 years, and these are only the reported cases. The cost of these neurodevelopmental disorders is considerable to the communities who care for these individuals over their lifetime, and to society as a whole when one considers the cost of special education and other programs.

As for the aging brain, environmental exposure is cumulative over time and is compounded by declining bodily defenses. Thinning skin allows for contact exposure to be heightened as well as the slowing of the body's organ systems to clear any toxins due to reduced blood flow and kidney size. Many chronic effects of pesticide exposure mask themselves as other aging brain diseases such as Parkinson's Disease, Alzheimer's, or dementia.

Additionally, prescription medications can react with the stored pesticides in many elderly patients, causing rare side effects that are difficult to control.

There have been many studies showing the direct correlation between cancers such as non-Hodgkin lymphoma or leukemia and pesticide exposure. Obviously, high exposure and length of time exposed increases the likelihood of developing a solid tumor or cancer. Oncology nurses, such as those working in outpatient chemotherapy centers, are all too familiar with these tumors from exposure. There has even been an association linked to childhood kidney cancer from the parent's exposure to toxic pesticides. For these reasons and more, proper handling of the agents must be taught and reinforced to not only protect the one applying the pesticide but their children as well.

There are many valid reasons to use pesticides to meet the agricultural needs of the world. Crop yield, cosmetic appeal, and improved nutritional values are just a few points in the benefits of pesticide use. It is in the proper mixing, application, and disposal of the agent that needs safety stewardship and oversight. Many studies suggest that the farmers who are applying the pesticides fail to follow the manufacturer's safety guidelines a large percentage of the time. Weather also plays a significant role in exposures if the agents are being applied during wind or high heat. Regardless of the type of exposure, the data shows that there is little trust from the general public for those in the agricultural business to reduce or eliminate pesticide exposure in the environment.

That said, innovations of new non-toxic pesticides are in the works, as the economy cannot support pesticide-free agriculture yet. The overall optimization of pesticide maintenance regulation and use, to reduce accidental exposure to drinking water and residuals in food, can have a positive effect on the health and wellbeing of people of all ages.