The Denotative and Connotative Meaning of Words

Denote, as a s a verb, denote means explicitly defining a word according to its literal meaning. The denotative meaning of a word is the dictionary defined definition of a word.

For example, the following words with their denotative, dictionary definitions and the connotative definitions of the same words so you can see the impact of culture, emotional symbolism and context on the correct meaning of a word with a connotative meaning. 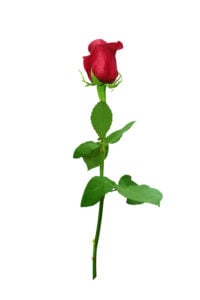 The denotation of this example is a red rose with a green stem. The connotation is that it is a symbol of passion and love – this is what the rose represents.

Every language around the globe, including the English language, has an alphabetized dictionary of words in that language.

There are a wide variety of types of dictionaries. Some include pictures and other graphics, and others do not contain any pictures or graphics. Some are intended for one particular age group and others are for all people regardless of age. For example, a picture dictionary is typically used by young children before they have some mastery of the English language and reading. Some of these dictionaries have rather narrow and specialized interest words like a sports dictionary and a Civil War dictionary, and others such as The Merriam Webster Dictionary and a children's picture dictionary, are rather broad in terms of the target audience.

Some of the different types of dictionaries include a (n):

The most commonly used defining dictionaries in the United States are the alphabetized:

Dictionaries have what are referred to as guide words. Guide words are found on the top of all pages in a dictionary, such as the Oxford English Dictionary and the Merriam Webster Dictionary. These guide words indicate the first word and the last word on each page of the dictionary. For example, you should expect to see the word "definition" on the page of the dictionary that has the guide words "defend " and "differ" at the top of the page because the word "definition", alphabetically, falls between the words "defend " and "differ". Guide words, as you should know, facilitate a more rapid finding of words in a dictionary.

Here are the parts of speech as abbreviated in a dictionary: