Identifying Information From a Graphic Representation of Information: TEAS

As the expression goes, "a picture is worth a thousand words." Graphic representations are pictures and symbols, such as those discussed in the section of this TEAS review which covered and addressed, tables, graphs, charts, diagrams in addition to maps are examples of graphic representations that one must be able to comprehend, understand and follow. For example, you should be able to identify the information that is contained in a bar graph and you should also be able to identify and apply the information that is on a map so that you can accurately move and navigate from point A to point B using a map.

Like tables, charts and graphs, maps give us a lot of information that can be gleaned from them. Simply defined, a map is a graphic representation of geography and the relationships between and among geographic locations and other geopgraphic things, like topography and weather patterns.

Some of the most commonly used maps include a:

Below is an example of a diagram that shows the anatomy of the human skin: 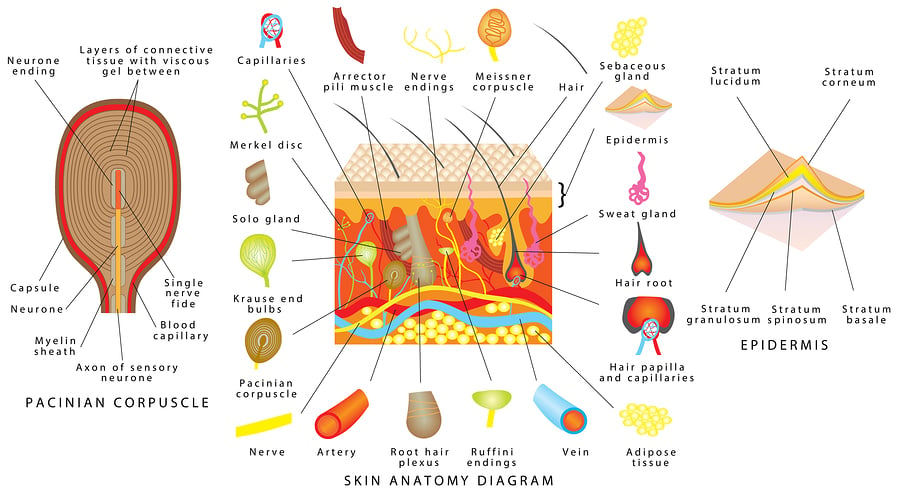 Diagrams, like other graphic representations, can consist of several components including: