To ensure nurses provide uniform, high-quality care to patients wherever they practice across the country, regulatory bodies have established state and national standards of care. Federal and state standards allow for equity of patient care and treatment in any healthcare setting. Moreover, such requirements ensure nurses adhere to the latest evidence-based clinical practice guidelines. 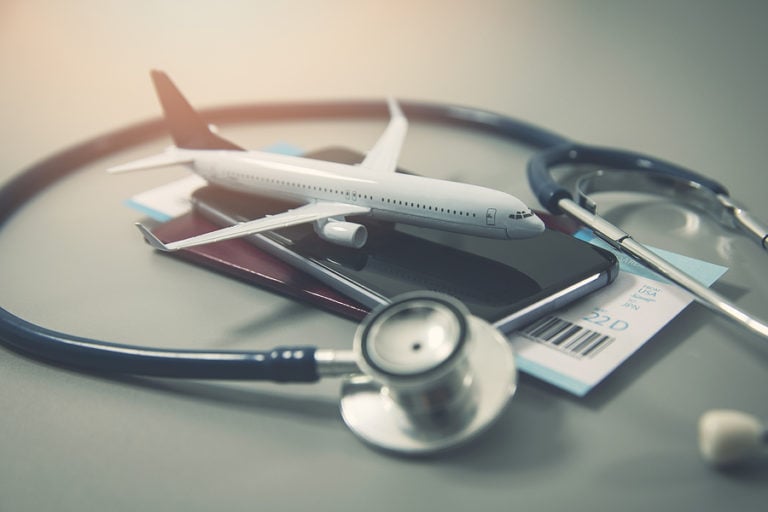 In addition to passing the NCLEX, nurses must meet requirements set up by individual states' boards of nursing. Nurses seeking to relocate, travel, or expand where they practice must meet that state's licensing requirements. Though this process has become easier over the years due to digital capabilities, practicing in a new state still requires following various guidelines.

Obtaining an RN License in a New State – How to Transfer

Obtaining an RN license requires different methods based on whether the RN is a new graduate or a transfer from another state. Additionally, Nurse Practitioners (NPs) and Advanced Practice Registered Nurses (APRNs) have additional requirements for licensure.

Each state's Board of Nursing has specific requirements for initial licensing. General requirements may include:

It can be more difficult for nurse practitioners and APRNs to relocate and practice in another state as requirements and regulations can vary widely. For instance, the scope of practice laws and mandates for prescribing medication can be drastically different. Some states permit NPs to practice without the supervision of a physician while others do not. Some states may require additional continuing education courses or clinical hours. Though there is an APRN Consensus Model for licensing across states, it is a far cry from the Nurse Licensure Compact (NLC) that exists for RNs. Applicants are encouraged to carefully research specific state requirements.

Transferring to a New State

Registered nurses looking to move to another state must familiarize themselves with the board of nursing's licensing requirements for both their residency state and the state where they will be transferring. The nurse's home state is determined by their primary state of residency or the state in which they have their driver's license or ID.

To begin, nurses can visit Nursys.com, which is operated by the National Council of State Boards of Nursing (NCSBN), to learn about whether their state of residency and the state they are moving to are part of the Nurse Licensure Compact.

What Is the Nurse Licensure Compact (NLC)?

The Nurse Licensure Compact (NLC) was created largely to make it easier for nurses to continue to practice when moving to another state. States that are part of the NLC allow nurses to practice in other participating NLC states without having to obtain additional licenses or coursework. They can also provide nursing care via virtual delivery to patients in other NLC or compact states. To date, 39 states and counting are part of the NLC, with several more states either in the process of implementing it or having a "pending" status.

Of note: In 2018, the Nurse Licensure Compact (NLC) was modified to become the Enhanced Nurse Licensure Compact (eNLC). The name change occurred to reflect the addition of standards for licensure, such as fingerprinting and criminal background checks, which were missing from the original compact license. However, for the sake of simplicity, the "enhanced" portion of the name was dropped; it is now commonly referred to as just the NLC with a multistate license.

RNs living and practicing in an NLC or compact state can readily transfer to another NLC state. This is sometimes referred to as a compact-to-compact transfer. However, these nurses do still need to apply for licensure by endorsement in the state in which they will be practicing (for moves within NLC states, this can be as simple as paying a fee). Provided all requirements are met, the nurse will be awarded a multistate license in the new state, and the prior multistate license becomes invalid.

Nurses residing in those states that are not part of the NLC (also called having a single state license) must apply for licensure by endorsement when transferring to work in an NLC state. Though they are becoming more standardized, each state's board of nursing (BON) has different requirements for practicing as a licensed nurse in that state. As such, the applying nurse is responsible for contacting that state's BON to learn about its requirements. They must meet those established requirements prior to applying for licensure.

Provided that eligibility requirements are met, the RN should be issued a multistate license in the state to which they transferred to. It does not impact the RN's license in the prior state.

Nurses residing in NLC states must apply for licensure by endorsement when transferring to work in a non-NLC state. Similarly, the nurse is responsible for contacting that state's BON to learn about meeting any additional requirements, which can vary from state to state. Once the eligibility requirements are met, the RN's former multistate license is changed to a single-state license for the new state.

All registered nurses in the U.S. can practice once they have passed the nationally recognized NCLEX exam. In this way, the exam is sometimes referred to as reciprocal in that it is recognized by all states. Nurses must also meet licensure requirements in their residing state that are set by the state's board of nursing (BON). Each state has its own BON that recognizes the standardization of the NCLEX while also adding its own requirements in some cases.

When moving from one state to another, all registered nurses must apply for licensure by endorsement in the state where they will be working, regardless of their NLC status. Endorsement is the formal process where an RN can obtain a license in a second or new jurisdiction. The application for such an endorsement is reviewed by the BON in the new state.

Unfortunately, the endorsement process can take time to complete, so nurses are encouraged to start it as soon as possible. For states that are part of the NLC with a mutual recognition model, the endorsement is more of a formality and can be completed seamlessly. As such, the applying nurse should ensure their application is complete and accurate to minimize any delay.

Operated by the National Council of State Boards of Nursing (NCSBN), the Nursys online database allows nurses to easily verify and review their endorsement or licensure status at any time.

Though the process of applying to practice in one state or another can be a bit tedious, it's much easier and less time-consuming now than it used to be since it's all done online.

Which States Are Part of the NLC?

The states currently participating in the NLC are known as “compact states.” As of February 2022, 39 states are part of the NLC and many others have a pending status. Those compact states include:

Ohio is set to become a compact state on Jan. 1, 2023; Pennsylvania, Guam, and the Virgin Islands are also pending.

California, Nevada, Washington, Oregon, Alaska, Hawaii, Minnesota, and others are holdout states that to date have not started the process of joining the NLC.

For travel nurses, it can be challenging to overcome and manage the hurdles of obtaining licenses to work in various states. To begin a new assignment, a travel nurse must hold a license in the state in which they are slotted to practice. This can be a compact license allowing them to practice in those states that are part of the NLC, a temporary or walk-through license, or a single state license if that state does not participate in the NLC. It's worth mentioning that nurses can hold numerous single-state licenses, though they do need to monitor their expiration dates.

Travel nurses who have a primary state of residence (PSOR) in an NLC state must maintain this status so as not to disrupt their licensing or ability to work in those various states. For instance, a travel nurse who is on assignment in a state that is not their PSOR must still renew their driver's license in their primary state of residence. Renewing it in the state where they are working may interfere with their established credentials.